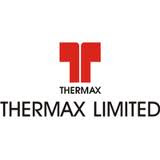 Transformation stories are available a plenty. In every HR conference speakers make impactful presentations of how bad situation was in their organisations and how they have made it a great place to work. The Indian manufacturing scene has indeed changed substantially, which is perhaps the result of the pressure to remain competitive in the market. In almost all such factories workers now talk of ‘Kaizen’ and ‘5S’ and many other concepts developed by the Japanese industry.
These are essentially similar stories, but they differ in two ways. Firstly, they differ in the way changes were brought about, meaning some practice participation, involving all, listening to the employees, training them while others practice essentially a directive approach, ‘I tell – you must do’ approach. The manufacturing sector has had more than their share of autocratic managers who are in charge of such ‘change management’ programs.

Secondly, they differ in the way the way unions played their role in transformation. Presented to the world outside are the ‘how we did it’ stories where the role of unions is typically underplayed.

How will a trade union look at the transformation of the work place? We have heard the management stories a hundred times, but have we ever heard it from a union?

Madan Kulkarni, Production Manager and Keshav Gholave, President of Thermax Kamgar Sanghatna made a joint presentation at one of the conferences where I was also invited. All in the audience were struck by the passionate manner in which the Union President was explaining the changes brought about at Thermax. Very clearly the transformation had touched the lives of employees but it was also obvious that the story had a very proactive response of the employees’ union.

I had the opportunity recently to meet the entire union committee of Thermax at their Chinchwad Plant. I sought a meeting with them. The entire committee met me and was explaining to me their journey. A new union committee was elected in 2003. They started bringing about changes in many ways. It has been about eight years and the difference is visible. Such a change was unlikely to sustain without an initial ‘win.’ So I asked them what it was. After much thought they mentioned that the union committee could effectively address the biggest grievance of the workers, ‘gradation’ or job evaluation. The approach of the union and a very positive stance of some managers helped both the parties to address this issue.

Around the same time there was another issue brewing – it was of implementation of MOST [Maynard Operation Sequence Technique]. The union’s stance was that they were not opposed to it. They were rather committed to improvement of productivity, but they were unhappy about the way it was sought to be implemented. Both the parties weathered the storm and emerged stronger.

The union today has several firsts to its credit. It is, they believe, first union to obtain certification under ISO 9000 – 2008. A visit to union office makes this completely clear. Meetings are video recorded! You will see a very neat and tidy arrangement of their records. They have a SOP for their work!

Thermax union meets once in three months at a nearby temple when they provide an account of their work to their members and use this meeting for effective communication. In fact, they call it a ‘communication meeting’ [whoever told us that such were things to be done only by managers?].

The Thermax Union also conducts ‘Workman Satisfaction Survey!’ I feel this may really be the first scored by the union. They circulated a seven question survey questionnaire about the union’s role. The requirement of ISO was to conduct a sample survey but the union quickly realised the need to involve all workmen. All 598 workers were invited to respond. Conclusion: 95% satisfied and 5% dissatisfied workers. This high number of satisfied workers seems to be the result of their excellent rapport with their members and communication.

The union has established a medical trust. The approach is that they should be self reliant to the extent possible. It has also persuaded management of Thermax to extend financial support to at least three students, workers’ children, studying in USA and Germany.

Thermax Union has participated in several major cost reduction studies and projects. It was interesting to note that they always ask for ‘facts first’ before talking of solutions. They talk the language of RFT, TPM, Kaizen [on an average each workman has done 30 Kaizen projects] etc. They claim that they have saved over 18 crores in inventory and have improved productivity several times. And they talk about it with ‘facts and figures.’

This positivity has been heightened by some of their own [and unusual] decisions. They hold union elections once in three years. There is a clear understanding that the committee members must be those ‘who do not smoke, do not drink and do not remain absent without pay for even one day!’ Quite a high standard of behaviour!! Pandurang Ghogre, Gen Secretary told me that some workers got together to build a small temple near their residence. They invite big names to deliver talk [such used to be the culture in Maharashtra earlier but sadly it is dying] for the community.

While workmen at Thermax deserve credit, there is a shy man behind this change at Thermax Union, who also avoids publicity. Arvind Shrouti of Option Positive guides them well and as the name of his organisation suggests, helps them respond positively. And their new HR Head, Sharad Gangal who has an enviable record of building positive employee relations, could not have asked for a better situation to start his innings.

With Pune fast emerging as manufacturing hub, Thermax Union is certainly showing the way to many of the industrial workmen.

This site uses Akismet to reduce spam. Learn how your comment data is processed.